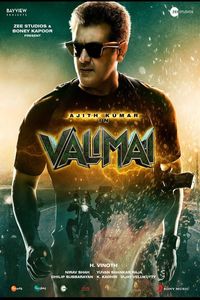 Valimai 2022 All cast and crew Stars

Where to Watch Valimai 2022

Valimai is a movie about Arjun, an IPS officer who sets out on a mission on hunting down illegal bikers involved in the theft and murder of innocent people. The movie shows a connection to the second world war where a part of Hitler's troops started a bike club ‘Satan’s slave’ in England in 1967.

Valimai follows the story of ACP Arjun as he begins investigating a secret gang who resorts to drugs, looting and murder. Firstly, the story is in the commercial space and there might be many sequences which may seem over the top. So if you need to enjoy this film then you need to look past it. The story here is wafer thin but the stylized action sequences are which set the adrenaline pumping.

The screenplay begins on a very wobbly note. The first 30 odd minutes were personally a slog for me. The events were uninspiring and there was unnecessary comic scenes which had zero impact on the plot. It almost made me go like what in the world is going on. But once the antagonist was introduced, things began to get better.

There was more urgency and focus on the plot. The events began to hold my attention and the action sequences were absolutely terrific including the extravagant chase sequence which was so well shot. The twist and turns in the plot are predictable but it is the action that keeps you going. The whole emotional element in the film just does not land but the grossy action sequences(yes again) save the day at the end. Overall, a decently penned screenplay.

Valimai will release on Feb 24, 2022 and is directed by H. Vinoth .This movie will be 2 hr 59 min in duration and will be movie available in Tamil language. Ajith Kumar, Pearle Maaney, Malini Sathappan, G. M. Sundar, Huma Qureshi, Dinesh Prabhakar, Kartikeya Gummakonda, Druvan, Gurbani Judge, Sumithra, Achyuth Kumar, Yogi Babu, Raj Aiyyappa, Pugazh and Pavel Navageethan will be playing as the star cast in this movie.

Although the club was dismantled due to law, a few of the bikers continue to operate illegally. The ‘Satan's slaves' do theft, weapon smuggling, drug trafficking, and several illegal activities. The powerful action drama looks very exciting. Arjun who is a cop will be battling against the biker gang that operates illegal racing in the city. The movie has some exciting bike racing scenes that are shot abroad. The movie is a must-watch for those looking for a cool action movie. 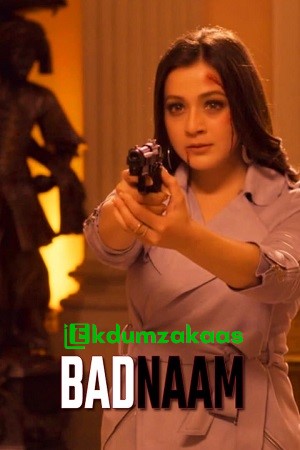