8.5
Release Date : May 27, 2022
Genres :
Action | Drama
Director : Joseph Kosinski
Stars : Tom Cruise, Jennifer Connelly, Miles Teller
Writters : Jim Cash, Jack Epps Jr., Peter Craig
Durations : 2h 10min
Plot: After more than thirty years of service as one of the Navy's top aviators, Pete Mitchell is where he belongs, pushing the envelope as a courageous test pilot and dodging the advancement in rank that would ground him.

Where to Watch Top Gun: Maverick

Set 30 years after its predecessor, it follows Maverick's return to the United States Navy Strike Fighter Tactics Instructor program (also known as U.S. Navy-Fighter Weapons School – “TOPGUN”), where he must confront his past as he trains a group of younger pilots, among them the son of Maverick's deceased best friend Lieutenant Nick “Goose” Bradshaw, USN.

Set 30 years after the original Top Gun, Top Gun Maverick follows the story of Pete ‘Maverick’ who is given the duties of training new trainees in Top Gun. This until his past comes back to haunt him. The story is a worthy sequel(and a sequel in true sense) to the original. The screenplay is taut standing at 130 minutes which ensures that the story does not linger on.

In the opening sequence itself, you are treated to a brilliant action set piece which is aerial and sets the ball rolling for things to come. The film almost unfolds like a slice of life film with the conflict being introduced in the most subtle manner. The throwback elements ensure that the thread from the original is unbroken and you do get a sense of nostalgia. Some of the sideplots are engaging too but the focus does not shift from the crux of the story.

Now the question that some of you may have. Would you still be able to understand the film if you haven’t watched the original? Yes it can be although having a little context would help in understanding the characters a lot better. But a quick read on the Wikipedia page or if you have time then watching the original Top Gun should do the trick.

The proceedings are engaging and there is a feel good vibe to them. And the last 40 minutes involving an extended aerial combat sequences are the best you will ever watch! The fact that I watched this film in Imax made it an even better viewing experience. The entire sequence is nail biting and it gives you such a high at the end, a feeling of being heartfelt yet victorious. In ither words, the screenplay is brilliant and checks almost all boxes.

Onto the final release of the weekend and I just finished watching the new English film Top Gun Maverick which is the sequel of the original 1986 film Top Gun. And for those who have watched Top Gun would know that it isn’t a film but an emotion.

Ofcourse I didn’t watch the film when it was out(I wasn’t born then), but years later I remembering catching the film on Star Movies. And I had absolutely adored it. It had the right mix of emotions along with stupendous action sequences for its time.

So when I heard about the sequel, I was quite skeptical. Not only did it run the risk of earning a label of being a needless sequel but it also risked ruining the legacy of the original. Amidst much skepticism I managed to watch Top Gun Maverick in Imax. Is it worth your time, stay tuned. 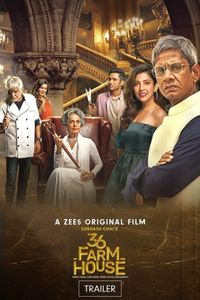 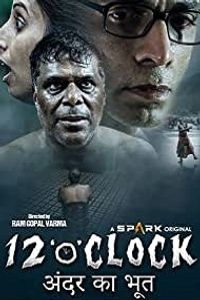