Kaal All cast and crew Stars

Where to Watch Kaal

Kaal is based on an adventure thriller story in which two British Nationals are killed by a ferocious tiger in Orbit Park, India. This incident follows several other incidents, and many deaths result, prompting a National Geographic correspondent, Krish Thapar, and his sexy photographer, Riya, to take a trip to this park and ascertain what really happened.

A group of youngsters, consisting of Dev Malhotra, Ishika, Bagga, and Vishal, on a thrill and hunting trip also arrive there in the hopes of sighting and shooting some big prey. Both Thapar and Malhotra groups meet with each other, and seek the guidance of a local called Kaali.

What these folks do not know that they are the ones who have been singled out to be the prey – and soon they will find out that there is no escape from Kaal (death) – as it hunts them down one by one.

Kaal was released on Apr 29, 2005 and was directed by Soham Shah .This movie is 2 hr 7 min in duration and is available in Hindi language. 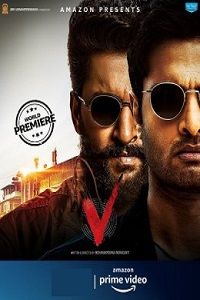