A nomadic gangster finds himself caught between good and evil in a fight for a place to call home. Starring Dhanush, Aishwarya Lekshmi and James Cosmo.

The movie was produced by S. Sashikanth under the production banner ‘Y NOT Studios'. Santhosh Narayanan scores the music for the movie, while Tirru is the cinematographer and Vivek Harshan worked as the editor.

Jagame Thandhiram was released on Jun 18, 2021 and was directed by Karthik Subbaraj .This movie is 2 hr 38 min in duration and is available in Tamil language.

ou can watch the movie online on Netflix, as long as you are a subscriber to the video streaming OTT platform. 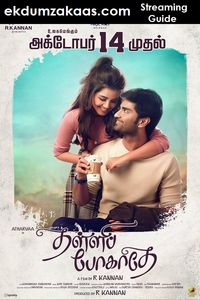