Baaghi 3 movie is the third installment from Tiger Shroff’s hit franchise Baaghi. Baaghi 3 is helmed by Ahmed Khan and also stars Shraddha Kapoor, Ankita Lokhande and Riteish Deshmukh in the lead. Interestingly, the movie will mark Shraddha’s second collaboration with Tiger after their 2016 release Baaghi which was a hit at the box office.

Plot: Ronnie (Tiger) is a hunky sportive guy who is very protective of his brother Vikram (Ritiesh Deshmukh). They share a very cordial bond. Due to some work, Vikram travels to Syria and where he gets kidnapped by ISIS terrorists. Ronnie witnessing his brother beaten in the live video call travels to Syria. There he goes on a rampage of destruction to save his brother.

Ronnie and Vikram are brothers who share an unbreakable bond. Their journey begins when a certain turn in events, leads Vikram to travel. On this trip, he gets kidnapped by people. Ronnie witnesses his brother getting beaten and kidnapped, Ronnie will do whatever it takes to destroy anyone and anything that stands in the way of Vikram’s safety. Ronnie goes on a rampage of destruction to see his brother safe, even if it means that he independently has to take on an entire country. 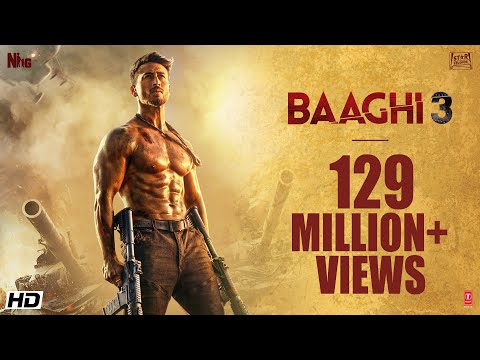